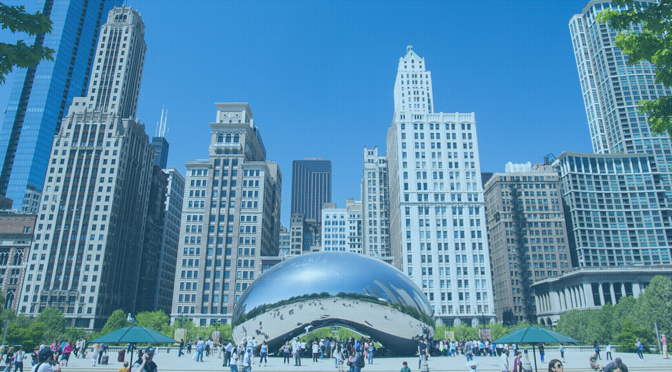 Next week the 3MC Conference will be held in Chicago. The 3MC 2016 Conference is going to be the Second International Conference on Survey Methods in Multinational, Multiregional, and Multicultural Contexts held on July 25 – 29, 2016 at The Westin Michigan Avenue, Chicago. This conference will bring together researchers and survey practitioners concerned with survey methodology and practice in comparative contexts. Conference contributions will help document current best practices and stimulate new ideas for further research and development.

The Sample Solutions team will be attending the event, more importantly, Sara Gjoshevska and Carsten Broich will be presenting at the conference.

Sara will be giving a presentation on her research “Assessing the feasibility of using SMS Surveys in Eastern Europe to conduct a cross-country comparison of attitudes with regard to Europe’s migration crisis”. It is a survey that builds on top of the findings from last year’s paper on data collection in the Middle East which was presented during AAPOR 2015 in Florida.

This research will attempt to show if SMS Surveys are a practical method for collection of cross-country information on public attitudes aimed at immigration and the various dimensions of economic, public and private life that individuals feel are affected by immigration. The design and implementation of the cross-country survey methods for this research faced multiple factors such as ensuring the sampling procedures are consistent across nations with complete surveys N=500 per country and all distributed concurrently. Furthermore, cross-national research design requires specific survey design such as keeping the survey questionnaires as consistent as possible across all countries by overseeing the survey translation process. To maintain the quality of the survey implementation three stages were implemented: a pilot study, the main data collection stage and a follow-up study with the respondents.

For comparability reasons, the objective of the study was to use three countries, specifically Poland and Croatia as part of the European Union (EU) and The Republic of Macedonia as a non-EU country, hereby highlighting the various benefits and constraints of using SMS surveys and the differences between the three countries thus comparing demographic data in order to examine the differences in attitudes and the comparability across the three countries pertaining to the current migration crisis in Europe.

Carsten will be presenting on Telephone Sampling in the MENA region which addresses sources of errors from the total survey error framework by looking at various aspects of sampling in combination with results from actual projects.

He will be speaking about CATI surveys that are a widely used method for data collection as an alternative to conventional face-to-face studies. Especially in areas where face-to-face data collection is difficult to conduct due to cultural, financial, logistical or political issues, CATI surveys remain a predominant method of collecting data. In Northern America and many Western European countries, population studies have been replaced by online studies. Nevertheless, due to cultural, political and financial aspects, CATI surveys remain a very favorable method to collect data in the MENA region. In order to reduce the total survey error, it is important that the telephone sampling frame is setup correctly. While in Western Europe and North America most of the numbering plans are well documented, this is not the case in most of the MENA countries.

The presentation slots are on Wednesday morning and Thursday Morning during the upcoming week.

We wish both of them a great conference ahead. The paper plus presentation will be published later in our newly developed knowledge hub.